Portsmouth, Ohio police arrested a suspect wanted on charges of attempted murder.  It all started just before 11 am on Tuesday. Portsmouth Police got a call from the Erie County, Ohio Sheriff’s Department. Officials from the Northern Ohio county told Portsmouth Officers they had a lead about Jamie Reynolds. Law enforcement wanted the 27-year-old Sandusky Ohio on an attempted murder charge.

Those charges stem from a vicious attack against a  39-year-old Norwalk, Ohio man back in July. Erie County prosecutors said three attackers severely beat the man. The man was hospitalized with serious injuries to his head and right eye. The Erie County Grand Jury indicted Reynolds along with two other men on attempted murder charges back in September.  Officers arrested Julian Clinton, 37, and Davemedrion Abney, 24. Police have been on the hunt for Reynolds ever since.

Oftentimes, even if suspects have warrants in other counties, the counties are unwilling to extradite them. But in this case, Erie County, Ohio wanted attempted murder suspect Reynolds arrested and brought back up north to face justice for this crime.

Portsmouth Officers headed to an apartment at 1818 Kendall Avenue in Wayne Hills to check out the tip. In addition to the attempted murder charges, Reynolds also has warrants for felonious assault and for domestic violence and assault stemming from a May 13 incident. Just two months before the July assault, police arrested and booked on those charges. However, the Erie County Court released him on his own recognizance.

Hopefully, the process will go much smoother than the incident back in February of last year when the jail accidentally released Michigan inmate Talleon Brazil, 31. Brazil, was incarcerated in Michigan for carjacking, assault, drug, and weapons charges. Authorities transferred him from Michigan to the Scioto County Jail to face drug charges in Scioto County. SCSO booked him into the Scioto County Jail and appeared in Common Pleas Court on January 16.  The court-appointed a lawyer for Brazil and he entered a not guilty plea. The court set bail at $50,000 and scheduled another hearing for February 4th.

Scioto County Jail failed to notice that Brazil was an inmate serving a 15 to 40-year sentence for  2010 crimes including unarmed robbery, carjacking, felony firearms, possession of weapons by a felon, and delivery or manufacture of a controlled substance. Officials placed a holder on his record that made him ineligible for release to anyone but the Michigan Department of Corrections.

At the time, Former Sheriff Marty Donini issued an apology for the mistake. Brazil was arrested in his hometown of Detroit. 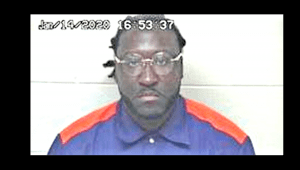